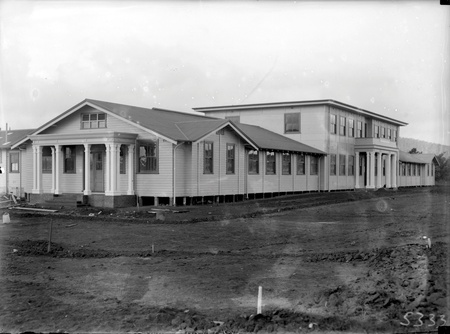 1 comment so far. Join the conversation
Jason Gribble updated the location of this photograph.

The Jolimont Building opened in June 1929, after being relocated from Jolimont in Melbourne at a cost of 13,000 pounds.

The building was completed in March 1918 for the Repatriation Department and built from jarrah timber for 40,000 pounds at Wellington Parade South (corner Jolimont Rd and bounded by the railway line), Jolimont. The Melbourne City Council had provided the land on a temporary arrangement with a lease term of seven years. The decision was made in September 1928 to relocate the building to Canberra.